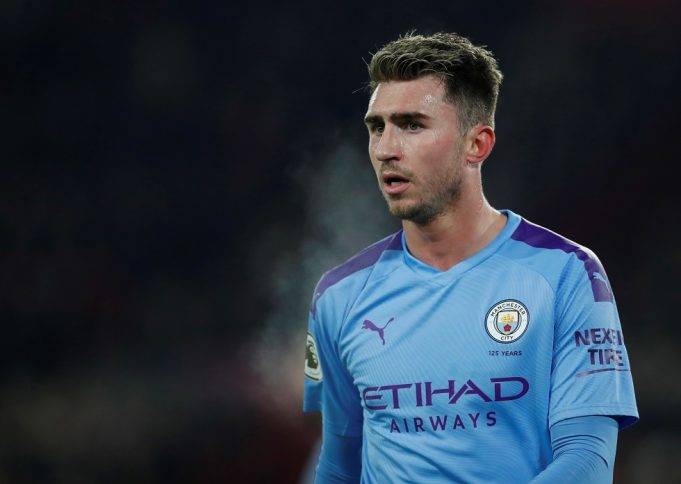 Pep Guardiola had some good news for the fans leading up to the Premier League tie against Brighton.

Aymeric Laporte, who has been injured for a long time now, is closing in on his return.

The Frenchman suffered a major knee injury last term and missed nearly the entire campaign. In this season, he has been missing since the 4-1 win over Arsenal right before Christmas.

“Laporte yesterday and had a first session alone,” said Guardiola. “So hopefully in one week (he will be available). I don’t know exactly, but hopefully one week, ten days he will be okay.”

Laporte remains an integral part of Guardiola’s defence, one who is tipped to partner Ruben Dias in the long term. The Manchester City boss also revealed why Sergio Aguero went missing despite being fit.

He said, “Unfortunately, he was in contact with a person who is positive. So he isolates for a few days. I don’t know exactly because he has been tested like all of us six times in the last 10, 15 days.

“He is negative and he is negative now too, but the protocol says if we have been in contact we have to isolate. He could not play today.”