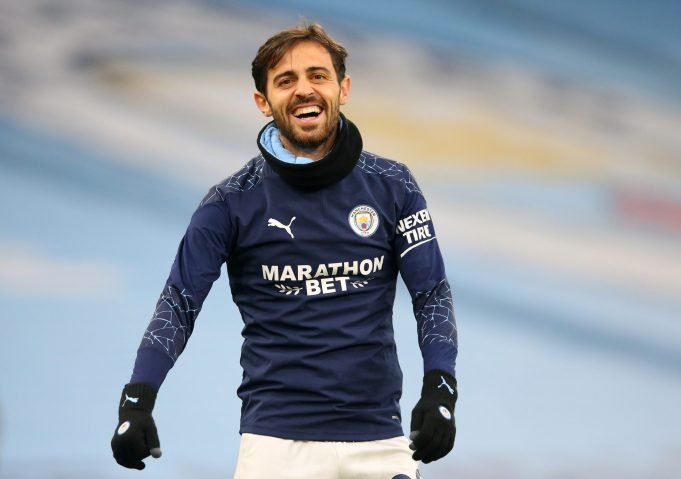 Michael Brown has praised Bernardo Silva for his work ethic.

Silva has scored twice and laid out two assists in his last 6 appearances.

He did hit a lull in form earlier on in the campaign but he seems to be back to his best. The Portuguese international’s wide range of technical skills allow him to feature almost anywhere on the pitch. On Friday, he took on a deep-midfield role next to Rodri and helped City to a 3-0 win.

“I think Bernardo has been exceptional,” Brown said. “What I love most is, his creative ability is there for all to see, but his unselfishness with the way he tracks back, the way he tackles and the energy he puts in.

“He doesn’t seem to make any fuss. He just seems to get on with his job. I think he is one of those you would want in your team all day long. A manager’s dream probably.”

Even Riyad Mahrez has struck a rich vein of form, scoring three times in his last three outings.

“They’re both outstanding footballers,” he added. “With them both being left footed-they can probably easily change positions too. When you’re playing against a low centre of gravity player and they twist and they turn to get away from you, it’s a nightmare to play against it.

“These two are the best at it in the Premier League – left footers that can come inside – they’re outstanding.”