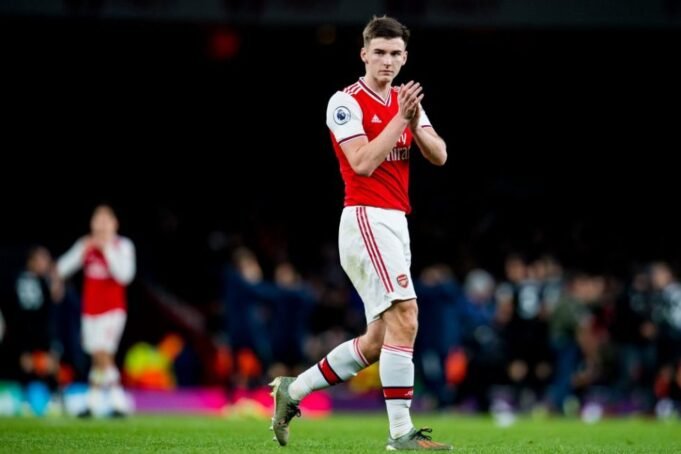 Kieran Tierney would be a perfect replacement for Oleksandr Zinchenko.

As per the fresh reports from Football.london, Manchester City are reportedly interested in bringing Arsenal defender Kieran Tierney to the Etihad Stadium.

The report also adds that the Cityzens are keeping tabs on him as they attempt to bolster their defence this summer.

Tierney has had an injury-plagued campaign with Arsenal. He netted one goal and registered 3 assists over 25 appearances across all competitions last season.

Tierney can make some decent runs with the ball down the left flank. The Scottish full-back can even chip in by creating opportunities in the final third with his vision from the wide areas. The 25-year-old excels at holding the ball when in possession and distributing it to his teammates proficiently.

The 25-year-old would be a perfect replacement for Man City left-back Oleksandr Zinchenko, who is supposed to leave Etihad this summer.