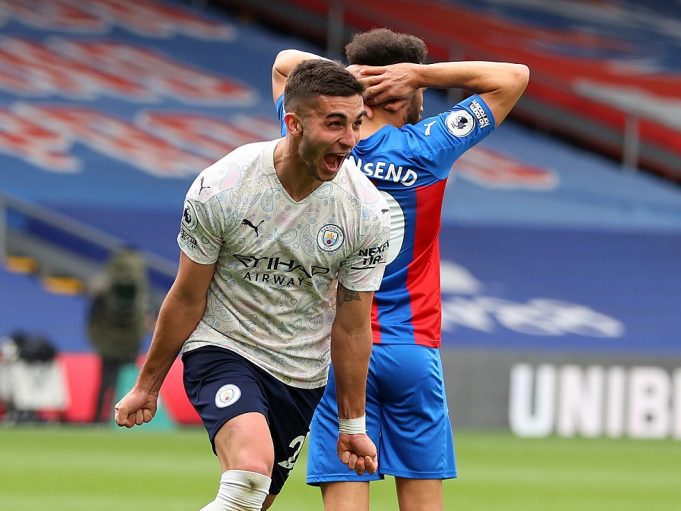 He joined The Cityzens only last summer from Valencia.

Despite playing a sporadic role, he has offered a decent return of 10 goals in 33 appearances this term. The Spaniard said, “At the beginning, I couldn’t believe it, because it’s my first year in England.

“To win my first Premier League is something that every player dreams of. We were all very happy, both me and my family.

“I was at home relaxing. I was watching the Man United game and saw the result and how we had become champions of England following Leicester’s win. After that, I started receiving WhatsApp messages from everybody.

“It means a lot winning the Premier League, especially in my first year here. But I want to keep focused on the next goals, because we have a Champions League final on the horizon. We need to enjoy the moment but also focus on what’s next.

“It’s been the result of a lot of hard work throughout the whole season. We got the reward of winning the Carabao Cup first and now the Premier League. As of now, we are preparing ourselves for the final in Portugal.”

He added, “It’s been a year of learning for me. We finished really well; I think the team has done a great season at a very high level. We didn’t start very well, but after a few months, we just rocketed. We have managed to achieve our goals in the end.”

“The results prove it. He is the best manager in the world because of how he works with the team and how he helps you improve individually. Every day I’m here I learn from him and from my teammates.

“He thinks of football 24 hours a day and 365 days a year, thinking about how he can improve the team. That makes the difference in the end. He improves everyone, both the new ones who arrived this year and also the ones that were already here. The results are proof of his excellent work.

“To me, it’s really special. Not everybody has the privilege to play in one of the best teams in the world. I thank every day and I learn every day from the best manager and the best players.

“I’m a very ambitious player and I want to win as much as possible. I want to keep learning, keep playing and keep contributing to the team with goals and assists.”