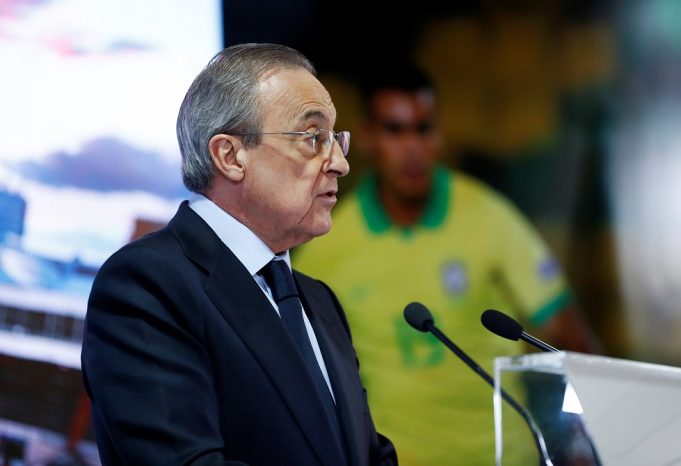 Florentino Perez sent out a stiff warning to both Manchester clubs after they withdrew from the ESL.

Both Manchester City and Manchester United were controversial members of the original plans to launch the Super League.

After facing backlash from the fans, the two Premier League sides withdrew along with the other four.

“The contract of the Super League is binding. Nobody can leave, we will work all together,” Perez said on Monday night. “All the clubs signed the contracts last Saturday – there’s no problem.”

Perez also added, “Many important clubs in Spain, Italy and the UK want to find a solution to a very bad financial situation. The only way is to play more competitive games. If instead of playing the Champions League, the Super League helps the clubs to recover the lost earnings.

“Here at Real Madrid we have lost a lot of money, we are all going through a very bad situation. When there is no profit, the only way is to play more competitive games during the week. The Super League will save the clubs financially.”

Manchester City’s very own manager and players were against the move altogether, as were majority of the footballing community across the planet.