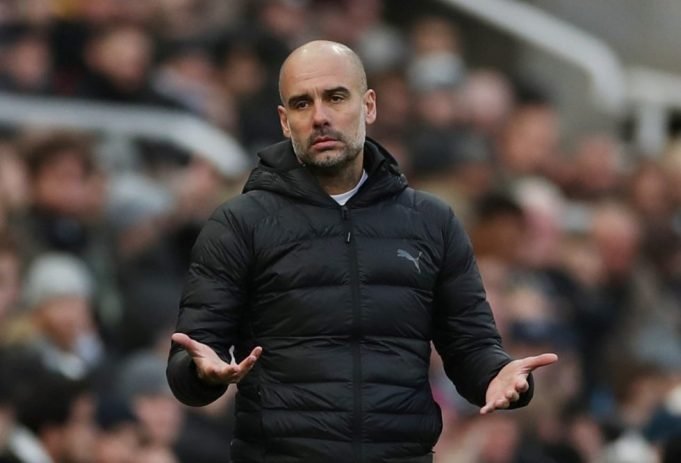 Pep Guardiola believes Manchester City are back in their groove.

After their 2-0 win over Aston Villa, the Cityzens moved up to second in the table with a game at hand.

They are only two points behind leaders, Manchester United and have won six Premier League games straight. Reflecting on City’s recent form, Guardiola said, “The most important thing to me, rather than the six victories in a row, is we are back since the Newcastle game playing the way we need to play to be champions.

“Everyone wants to be champion, but you have to show you deserve it. We controlled many aspects. We had the right tempo, conceded few. We have to be more clinical in the final third, but we will improve.

“(The performance was) really good against an incredible top side. The same level, quite similar to the last games since Newcastle when we have started to play much better. I was really impressed with our performance. We played really well.

“We still have one game left to finish the first round (of games). Now it is the FA Cup and West Brom. In the end we lost just two games this season.”

City’s last league defeat to Spurs in November left them twelfth in the table. Since then, it has been a massive turnaround and City’s frontline are finally firing again.

“When we drop points, you don’t know if my decisions weren’t good enough,” Guardiola added. “You need time sometimes. We were disappointed last season against Lyon in UCL and we had 15 games until we started again.

“We played against Wolves without a friendly game. We were not consistent enough, maybe because of my decisions. We are playing much much better.”