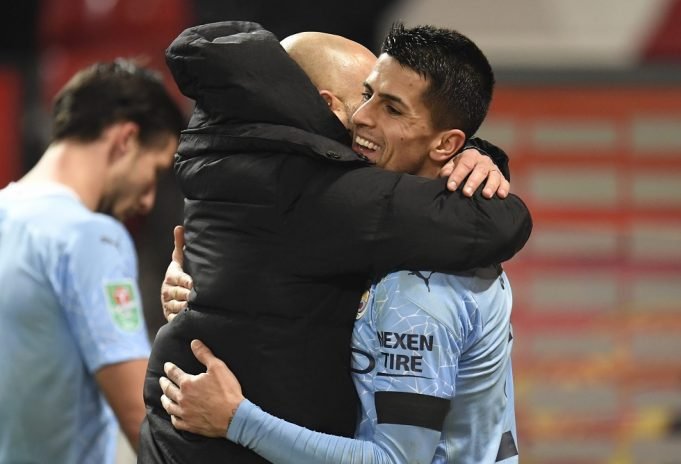 Pep Guardiola hailed Joao Cancelo’s fitness aside from his quality on the pitch.

Cancelo has quickly become one of their most potent threats in attack, creating both goals in the 2-0 win over Borussia Monchengladbach.

On Cancelo, he said, “He’s playing really well. Sometimes in that position, we have to control the risk.

“He is a player with huge quality and his physicality is overwhelming – he would be ready to play tomorrow and his two assists were brilliant. He has to have the quality to put that ball and he did it perfectly.”

“He has to discriminate,” Guardiola said. “Sometimes he always wants to do these kind of passes and these passes. Of course, when he has that feeling to put the ball you have to have the quality to put that ball, and he did it perfectly.”

City have now won 19 games in a row and are due to face West Ham United next on Saturday. Cancelo amongst the rest of the City squad have nearly been perfect over the past few months, maintaining their winning streak without breaking a sweat.