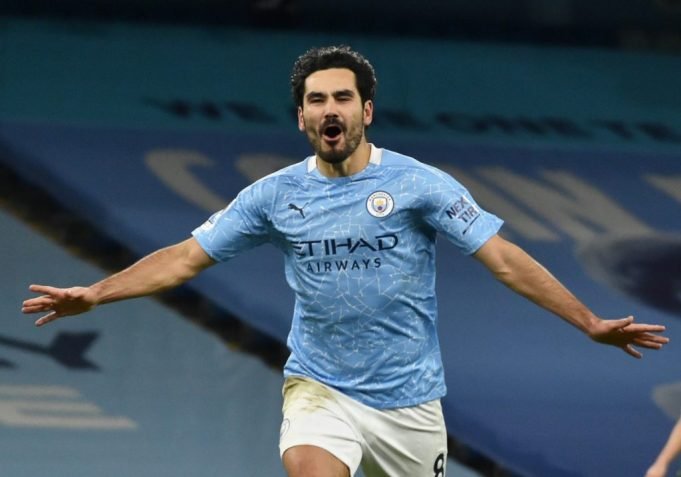 Ilkay Gundogan revealed he was close to signing for Manchester United.

The Premier League has been put on notice off the back of the midfielder’s red-hot form.

He has now scored 11 goals in 19 league games, helping Manchester City maintain their incredible 19-game unbeaten run across all competitions. The Cityzens dished out £20m to sign him from Dortmund in the summer of 2016. Reports did emerge that he was also being pursued by rivals, United at the time.

When asked if the claims were true, the German told Sky Sports, “It’s kind of true. There were talks. I think that was at least two or three years before I joined City when I was playing at Borussia Dortmund.

“One team-mate of mine, Shinji Kagawa, went to Man United and someone told me they came to a few games to watch him before they bought him. Then I took their attention but it never really went into advanced talks because Borussia Dortmund made quite early clear that they are not willing to sell me.

“I had also a few years left on my contract so there was not really a point to talk to anyone at that moment. So yeah in the end it didn’t happen.”

He added, “I’m very happy [to have joined City in the end]. I believe that everything happens for a reason. If I could change anything in my career, I wouldn’t. I’m just proud of where I came to and I’m really enjoying my time here.

“At the end, we all live for these kinds of rivalries in the city. So I also appreciate what Manchester United has done over the last few years and I enjoy playing against them, enjoy being in the same city as them because that’s what football is about.”