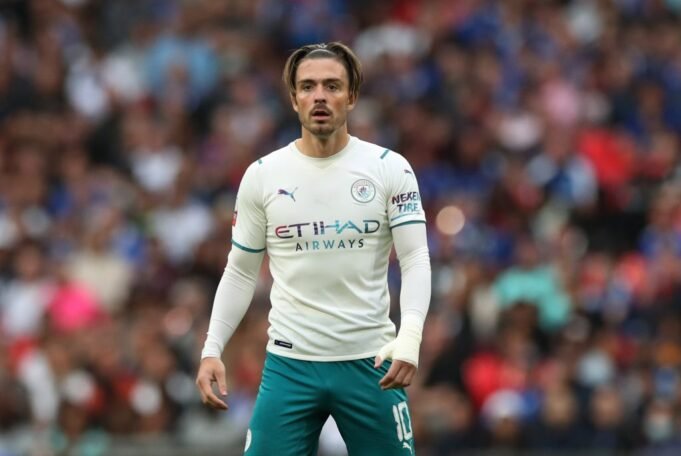 Jack Grealish thanked Pep Guardiola for backing him after scoring inside the first minute of Manchester City’s 3-0 win at 10-man Wolves.

Grealish told BT Sport: “Rightly so people have been asking questions, I should be scoring more and getting more assists.

“I am always going to have people talking about me with the money that was spent on me, but all my career I haven’t scored enough goals. I do want to add that to my game.

“It is nice when Pep defends me. He has been brilliant with me. I probably have to thank him because he gave me the opportunity today after my performance on Wednesday because it probably wasn’t the best.”

City manager Guardiola publicly defended Grealish ahead of the game and reiterated his faith in the midfielder’s ability.

The boss said: “They don’t have to say thank you. I said to them many times they are here because I trust them unconditionally, all of them. Jack is not an exception.

“He scored a goal and it was a good performance. Of course I am happy for him, for the victory.”

Grealish’s opener was followed by yet another goal from the prolific Erling Haaland 15 minutes later, his 14th in just his 10th appearance for City.

It was a perfect riposte from Grealish, who was criticised after an indifferent display against Borussia Dortmund in midweek having endured a frustrating start to his second season at City.