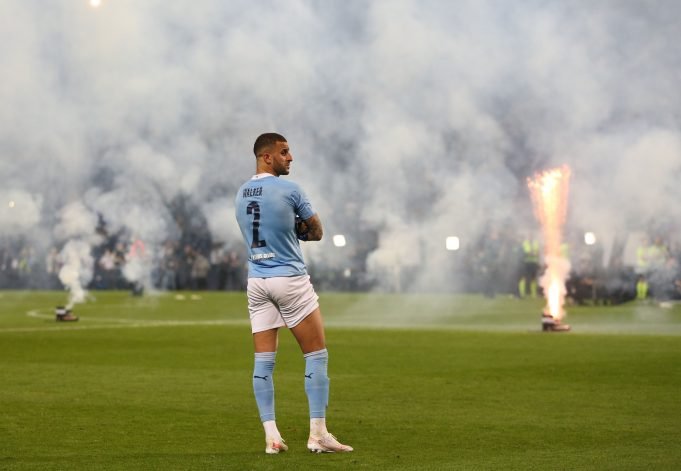 The Cityzens ended their visit to Porto with a disappointing 1-0 loss.

“We gave everything last night to make our fans proud and I’m sorry it wasn’t enough to bring the trophy home for you,” Walker wrote on social media.

“We will be back stronger. Thanks for all your support.”

Ilkay Gundogan also posted: “It damn sucks to post after a big final defeat, we’ve been so close.

“It hurts so much, today even more than yesterday to be honest. But I don’t want to miss the chance to say thank you for all your support throughout the season.”

Pep Guardiola’s men still finished the season with a Carabao Cup and the Premier League title to show for. City eventually could not break through Chelsea’s solid defensive structure to mount a comeback.

After conceding the first goal, it was pretty much playing catchup for them. Fans were surprised to see the exclusion of Fernandinho or Rodri from the starting line up which ended up costing them dearly.

But City’s core squad will remain next season with a chance to make further improvements this summer. Perhaps, the will realize their European ambitions next term.