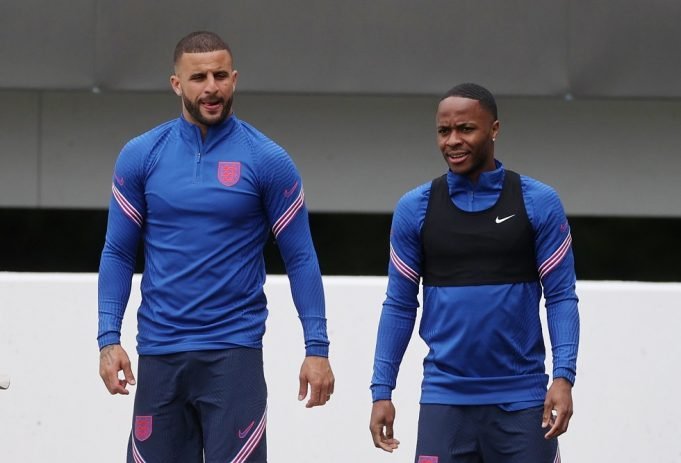 Kyle Walker insists the England players are focused on making their country proud.

The Three Lions are due to face Germany next in the Euro round of 16 tie at Wembley. Walker is likely to earn his 58th cap on the day at right-back.

“It’s been a long six days since our last game but it’s given us good time to prepare, so it is a big stage tomorrow and we need to go and deliver,” said Walker.

“We’ve used the time to keep our fitness levels sharp but also used the downtime to focus tactically on Germany.

“The Germans have a great team with great players in key areas and we know that but we’ve looked at where their weaknesses might be and we will look to capitalize on that.

“You’re sat around doing very little apart from when we train so we’ve been able to watch the games and see potential opponents and study how they play.

“The Netherlands going out was a bit of a shock while Portugal and Belgium was the toss of a coin but congratulations to Belgium.”

“It helps to have that sort of knowledge when you are coming up against these world class players and I play with Gundo at City so I know what he’s about, plus where his strengths and weaknesses are,” he added.

“I also played against a few of their players in the Champions League final, too so hopefully we can do the nation proud, that’s the main thing and wear the shirt with pride and take this country into the next round.

“Whoever we face, with the team that we have, we can’t be scared to play anyone.

“With our achievements over the past few years, other teams should be worried about playing us, but let’s not get arrogant or over-confident and keep our feet firmly on the ground.

“Obviously we had a great season at City and I like to bring experience and banter to the squad, because we can all play football, but if you can do it with a smile on your face, that’s when you get the best out of people.”