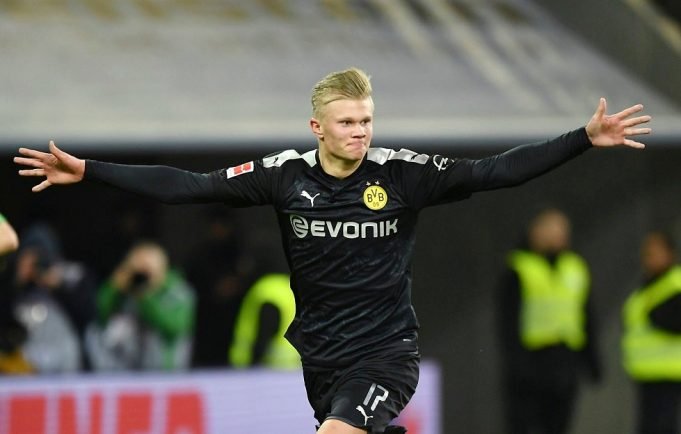 Haaland is also on the radar of Barcelona, Paris Saint-Germain and Chelsea.

Manchester City are reportedly planning to fend off Real Madrid’s interest in Erling Braut Haaland. Premier League winners are looking for a more lucrative financial package for the Norway international.

The Borussia Dortmund striker is thought to be City’s number one target. Pep’s side looks at Haaland as the successor of Sergio Aguero. Man City are supposedly leading the race for his signature.

Real Madrd are already planning for a move of Mbappe and signing both players would not be easy.

AS – via Sport Witness – reports that Man City are better placed financially to complete a move for Haaland, with the possible exits of Isco, Marcelo and Gareth Bale still not freeing up enough money in Real Madrid’s budget.

The report also adds that Pep Guardiola has personally targeted Haaland as a priority signing, but the repaired relationship between agent Mino Raiola and Real Madrid could aid Los Blancos’ cause.

The Bundesliga striker has 21 goals and six assists from 18 appearances across all competitions this season. He is on the radar of Barcelona, Paris Saint-Germain and Chelsea.