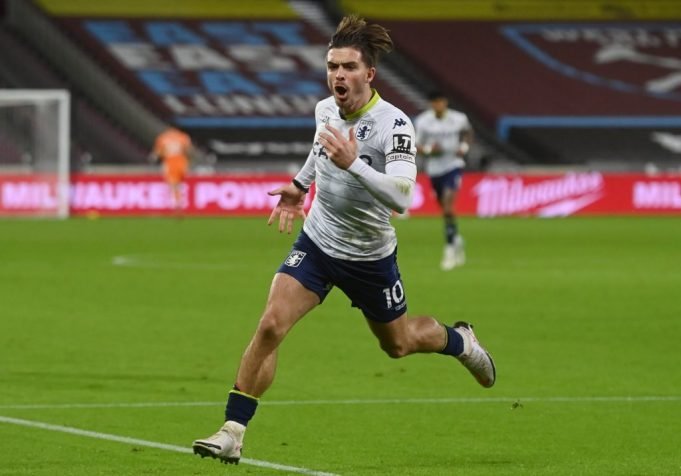 That is according to Express & Star journalist Luke Hatfield.

“I think City is the biggest at the moment only because reports have come out to some extent that they are interested in him,” the Aston Villa journalist told FFC.

“Obviously Man United were the best last season. They seem to have changed tack quite a bit. Jadon Sancho seems to be coming through the door there.

“He plays in a similar position, obviously on the wing, usually on the other side of Dortmund.”

Aston Villa are strongly pursuing a deal for Arsenal youngster, Emile Smith Rowe and also paid €35m for Emiliano Buendia. Both players are potential replacements for Grealish, capable of playing from out wide or down centrally.

Hatfield added, “It was always expected at Villa that there was going to be interest in him. And it would be silly not to expect that considering the performances he put in over the season and then what he’s obviously doing for England now.”

Grealish is on a long-term contract with Villa, however and won’t come cheap by any means. City are also gunning for the services of Harry Kane. Pep Guardiola might have to prioritise one deal over the other this summer since both are tipped to cost over £100m.