Manchester City Goal of the Year List – Past winners (Videos) 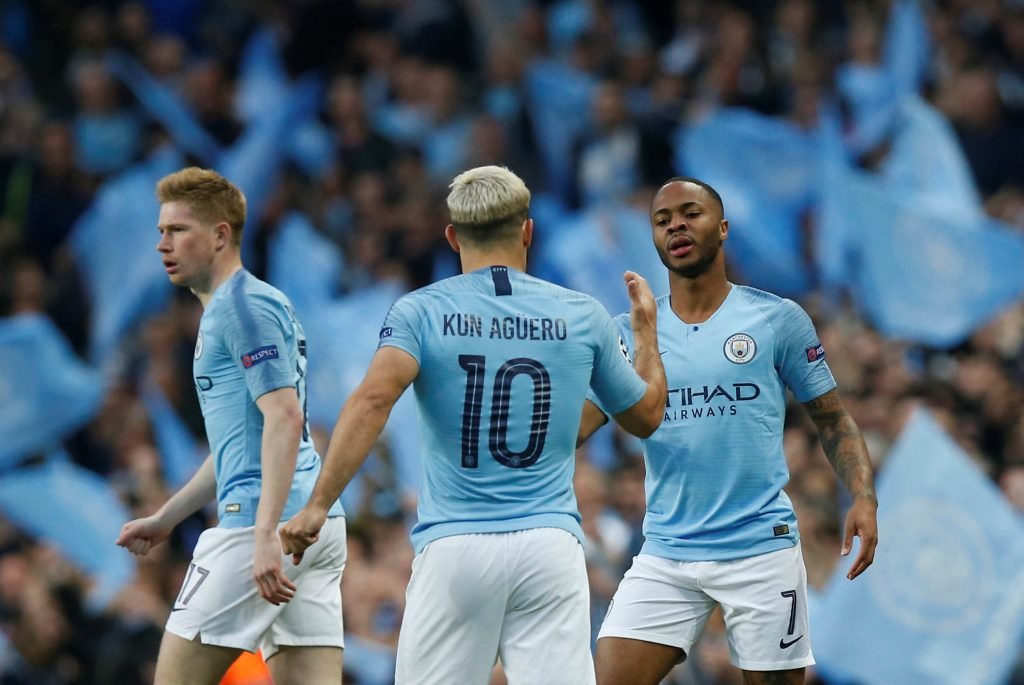 Beauty and brute force combined for this sensational strike from the Portuguese playmaker.

Pep Guardiola raised eyebrows before kick-off when he elected to start without any recognised strikers, but Bernardo delivered in emphatic fashion as our most advanced attacker at Old Trafford.

A superb goal and the pick of the bunch on a night City outclassed our local rivals.

This was a day all about our Argentine ace as he scored a record 12th Premier League hat-trick to become the competition’s highest overseas goalscorer.

All three were dispatched via his alarmingly reliable right boot, but it was his first strike which stood out as he reminded everyone of how deadly he is from just about anywhere on the pitch.

He was 30-yards from goal when he received the ball from Kevin De Bruyne, but two touches out of his feet allowed him to rifle an unstoppable 18-yard drive past the helpless Orjan Nyland in the Villa goal.

Keira Walsh isn’t known for her goalscoring. What she is known for is her technical ability and her footballing brain and the two merged wonderfully for this effort.

Jill Scott showed great awareness to pick her fellow midfielder out on the edge of the box and Walsh neither broke stride or looked up as she guided the ball over the Birmingham goalkeeper.

A strike of the highest quality.

The goalkeeper’s response said it all as Jess Park sealed her first senior hat-trick in sensational fashion.

Ipswich’s No.1 stood rooted to the spot as the youngster arrowed the ball into the top corner from 20-yards. ‘Wow’ said commentator Alistair Mann.

Wow, indeed. This was a brilliant strike in which technique and power combined to wonderful effect.

If long range screamers are your thing, this effort isn’t for you, but this was a fine goal nonetheless.

It was textbook centre-forward play from Gabriel Jesus, peeling away from one of the finest defenders of his generation in Sergio Ramos, holding him off as he tried to recover and remaining calm to guide the ball into the bottom corner with his head.

Jesus was superb that night and this goal was a deserved reward.

Liam Delap had a lot to do when he turned on the half-way line to latch onto a forward ball from midfield.

Scoring from there would be considered difficult to say the least and scoring the goal he did do, even more unlikely, but the teenager made it look surprisingly easy.

Darting inside his marker, he weaved his way across the pitch and past five men in the process, before beating the goalkeeper with a shot back across his body to score from an acute angle.

A classy goal made even better by its cup final setting.

Raheem Sterling may have scored better goals than this in 2020. His angled drive against Watford perhaps?

But none carried the significance of his opener against Arsenal in June.

More than three months had passed since City’s last game in a world turned upside down by the Coronavirus pandemic.

Football’s return was a small step towards normality and whilst so many things in the game remained different, Sterling’s thumping goal was a moment to savour in a testing time.

As good a free-kick as you are likely to see, as evidenced by the fact Kepa Arrizabalaga was unable to get anywhere near it.

This goal was the pick of the bunch as Pep Guardiola’s side delivered a devastating display to down the newly crowned Premier League champions.

It was a superb night’s work from City and even more so from Phil Foden, who enhanced his reputation even further and all his qualities were on display as he made it 3-0.

It started with his awareness and speed of thought to turn the ball into Kevin De Bruyne and eliminate the on-rushing Andy Robertson, before he married a cool head and a sweet strike to fire the ball over Alisson off his less favoured right-foot.

David Silva wrapping his wand of a left foot around the ball is a sight no City fan will ever tire of seeing.

It is a foot that provided countless moments of magic during his glorious ten years and this goal, his last for the Club, was a timely reminder of his brilliance.

Technique is perhaps the one facet of his game that stood out above all else and this 20-yard free-kick showcased that in abundance, kissing the underside of the crossbar for added effect.

Another Kevin De Bruyne goal, another inclusion all about the technique.

You could say the same about his second goal that day, too, but we’ve chosen to include his first, an excellent curling finish which was elevated by the nimble footwork to bamboozle the Norwich defender beforehand.

The type of goal which seems ordinary for a player like De Bruyne, despite it being anything but.

What a way to announce yourself in the senior set-up.

Liam Delap would have been happy with a goal which unwittingly bounced off his thigh if it meant scoring on his first team debut, but he made the landmark occasion even more memorable with this emphatic finish into the top corner.

Chloe Kelly arrived at City this summer having earnt a reputation as one of the best goal scorers in the FA WSL.

With this finish, she proved she is also a scorer of great goals as her angled drive flew into the far corner to give the goalkeeper no chance.

Which is better the touch or the strike?

It was a lovely, composed finish from Laura Coombs to loft the ball over the Liverpool goalkeeper under pressure from a chasing defender, but it’s made by a brilliant first touch.

Picked out by Gemma Bonner, the former Liverpool midfielder barely broke stride to flick the ball into her own path whilst breaking clear of the Reds’ defence.

Reacting quickest to Sam Mewis’ blocked shot, Coombs took one touch before unleashing a venomous 18-yard drive which the United goalkeeper could only watch as it flew into the back of the net.

A goal that came when our Under-18s needed it most. Blackburn Rovers had proved stubborn opposition for the first 55 minutes of our FA Youth Cup semi-final and were starting to grow in confidence as the scores remained deadlocked at 0-0.

Tommy Doyle has developed a reputation as a dead ball specialist during his time in the Academy and none more so was it evident than in the 2-2 Premier League 2 draw with Chelsea in November.

Positioned well to the right of the goal, the angle of the 20-yard free-kick appeared to favour a left footer, but Doyle had other ideas, whipping the ball up and over the ball to beat the visiting goalkeeper at his near post.

Sixty games Benjamin Mendy had to wait for his first City goal, but it was one worth waiting for.

The left-back finished like a seasoned striker, showing great composure as he met Kevin De Bruyne’s cross on the volley to fire into the far corner.

Cole Palmer was coolness personified as Tommy Doyle’s blocked drive rebounded invitingly into his path, calmly lifting the ball the over the stranded goalkeeper and two Liverpool defenders for it to drop just under the crossbar.

Brilliant wing play. Having beaten her full-back, Lauren Hemp was afforded too much space by the Goteborg defence and took full advantage.

The youngster still had plenty to do from 20-yards on the far left of the area, but made light work of the situation as she crashed an emphatic shot over the goalkeeper and into the top corner.