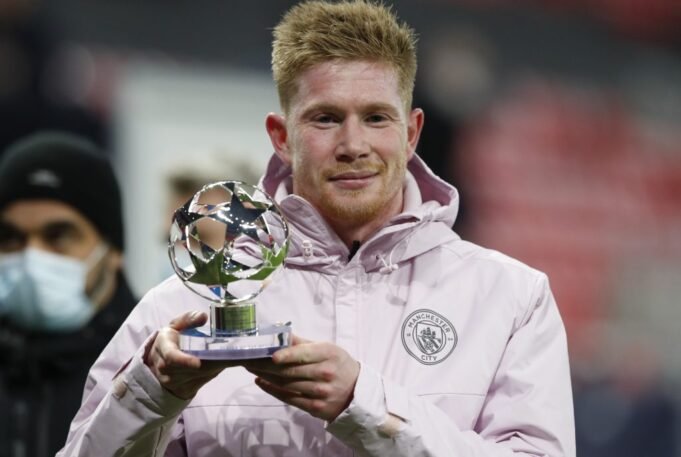 Kevin De Bruyne is 31 and he doesn’t know what will happen in four years.

Manchester City midfielder Kevin De Bruyne has conceded that the upcoming World Cup could be his final outing at the tournament.

The 31-year-old remains one of the world’s elite talents and is part of a Belgium side that has long been touted as a future World Cup winner.

The Man City star was part of the squad that reached the quarter-final in 2014 and finished third in the 2018 WC.

With Father Time inevitably catching up with him, De Bruyne has admitted that he is keen to take advantage of the upcoming tournament as he is unsure whether he’ll get another chance to win the World Cup.

“My family are going over for the group stages,” he began. “I am obviously 31 and I don’t know what will happen in four years. This is the first time my kids can come to the World Cup.

“That is why they are coming. It will be special, an event I don’t want them to miss. They are six, four and two. The eldest two of them follow the football a bit but the daughter, not really, but she can go and enjoy the sun and play in the pool.

“I am excited. It will be the third one and it is always special. These events are great as everyone is watching it. It is big but there is no point to stress about it. It is my third time, I understand what is coming and I cannot speak for someone else who will be there for the first time.

“[The timing] is unknown. There is no point worrying about it or thinking about it. You take it as it comes and try and play as well as possible. We are not talking about it with team-mates. The schedule is too hectic. We had two away games quickly after each other.”