What will be the Manchester City predicted line up for their clash against Atletico Madrid?

Predicted Line up vs Atletico Madrid will be tricky to tell. Pep has shown that he has trust in youngsters but he continues to rotate his squad around in the most unpredictable ways since the new campaign.

Atletico Madrid would not pose the greatest of threats to a dominant side like City but Guardiola can go with his best line up with all players fit now.

In goal, we can expect Ederson to start with defensive duo Aymeric Laporte and John Stones in defence. City will want their defence to be strong but currently have limited options.

A three-man midfield with Bernardo Silva and Kevin de Bruyne and Rodri can be expected. 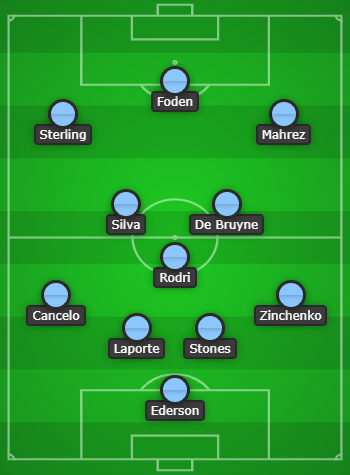 Here we will give you an answer to the most frequently asked question about Manchester City – Atletico Madrid.

Ruben Dias is struggling with a hamstring problem so he will be absent.

Cole Palmer is not ready to return from an ankle injury.

Kyle Walker is now back from a European ban of his own.

As for Atletico, Yannick Carrasco will be back after serving a suspension in the first-leg defeat.

Hector Herrera and Jose Gimenez will be sidelined.

Joao Felix is expected to return to the XI alongside Renan Lodi and Sime Vrsaljko.