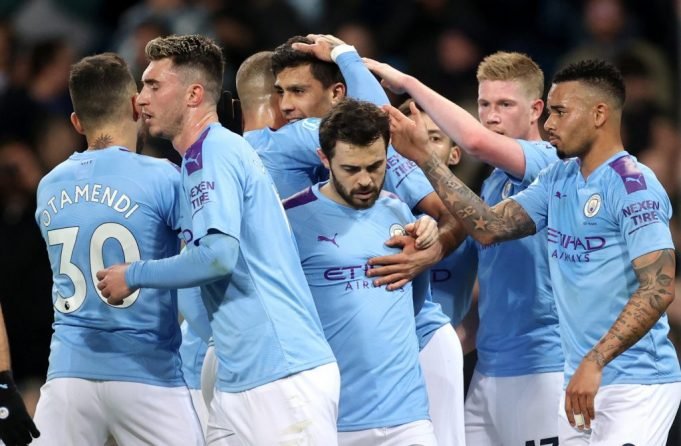 What will be the Manchester City predicted line up for their clash against Burnley?

Predicted Line up vs Burnley will be tricky to tell. Pep has shown that he has trust in youngsters but he continues to rotate his squad around in the most unpredictable ways since the new campaign.

Burnley would not pose the greatest of threats to a dominant side like City but Guardiola cannot go with his best lineup, given the number of injuries on his side.

In goal, we can expect Ederson to start with Aymeric Laporte and Stones in defence. City will want their defence to be strong but currently have limited options.

A three-man midfield with Rodri and De Bruyne and Bernardo can be expected.

In the wings, Raheem Sterling and Riyad Mahrez fill both the opposite flanks. Phil Foden is expected to lead the line. 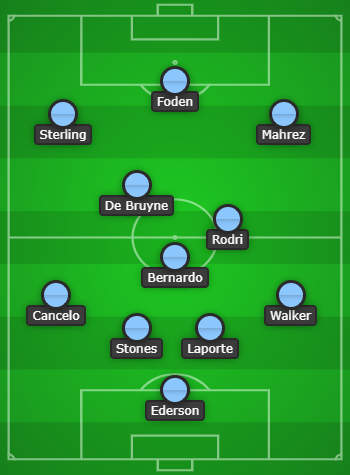 As for Sean Dyche’s men, they have been languishing in the relegation size and this fixture won’t certainly be an easy one for the Clarets.

Burnley have managed a mid-table spot themselves last season but are currently fighting just above the relegation zone.

Head to Head – Manchester City Predicted Line Up vs Burnley

Ahead of Saturday’s clash between City and Burnley, we look at the matches the two teams have recently played –

Saturday’s match is only the 108th meeting between these two Premier League sides. The Cityzens have dominated with 52 wins while Burnley have managed 30 wins for themselves and the other 25 ended as draws.

Man City will be without the services of Ruben Dias due to a thigh injury.

Ederson is likely to be available despite being forced to withdraw from the Brazil squad.

As for Burnley, they will miss the services of Nathan Collins due to his red card against Brentford.

Ben Mee is also sidelined due to injury.

Kevin Long can make his first Premier League appearance of the season at the back.

Erik Pieters and Johann Berg Gudmundsson remain absent from selection due to knee and calf problems.