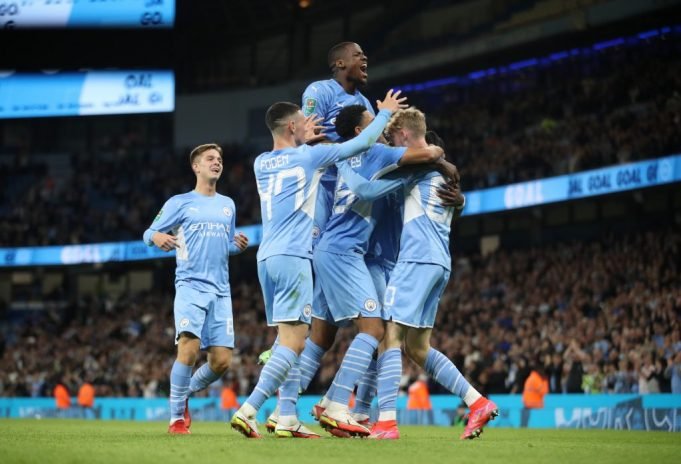 What will be the Manchester City predicted line up for their clash against Peterborough?

Manchester City Predicted Line up vs Peterborough will be tricky to tell. Pep has shown that he has trust in youngsters but he continues to rotate his squad around in the most unpredictable ways since the new campaign.

Peterborough would not pose the greatest of threats to a dominant side like City but Guardiola cannot go with his best lineup, given the number of injuries on his side. Watch & Bet Here =>

In goal, we can expect Ederson to start with Stones and Ake in defence. City will want their defence to be strong but currently have limited options.

Kyle Walker will play his natural position at right-back. Zinchenko will be playing at left-back.

A three-man midfield with Fernandinho and De Bruyne and Ilkay Gundogan can be expected.

In the wings, we can expect Phil Foden to make a late appearance while Grealish and Riyad Mahrez fill both the opposite flanks. Gabriel Jesus is expected to lead the line. 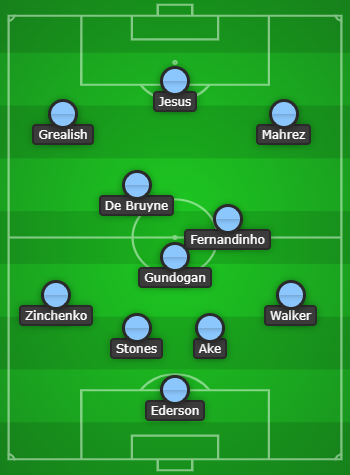 The Cityzens are six points clear at the top of the table and are favourites to win the top-flight this year.

As for Peterborough, they will be seeking promotion to the Premier League next season.

Peterborough and Manchester City will face for the second time in FA Cup. The Cityzens managed a 1-0 win when City faced Championship Club in 1981.

Ahead of Tuesday’s clash between City and Peterborough, we look at the matches the two teams have recently played –

Tonight’s match is only the 2nd meeting between these two Premier League sides. The Cityzens have dominated with one win while Peterborough have managed no win for themselves.

Gabriel Jesus and Jack Grealish returned to the lineup after spells on the sidelines.

Jesus, Zinchenko, Kyle Walker, Grealish, Fernandinho and Nathan Ake all in line for starting roles against the hosts.

Pep will give rest to Bernardo Silva, Raheem Sterling, Phil Foden, Ruben Dias, Aymeric Laporte and Joao Cancelo as he wants them to get fresh against United this weekend.

Zack Steffen will be sidelined with a shoulder problem.

Peterborough will miss the services of Dan Butler and Nathan Thompson through injury including Jack Taylor.

Mark Beevers could make the bench for this match due to a muscular problem.