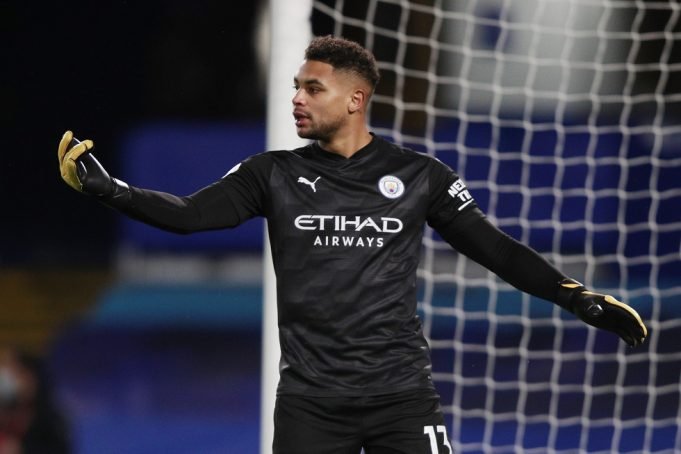 Manchester City were left without the services of Ederson after he tested positive for COVID-19.

Steffen stepped up to take his spot and saw out impressive victories against Chelsea and Manchester United. He could reappear in City’s FA Cup matchup against Birmingham City even if Ederson returns from isolation.

While Guardiola maintains that the latter is still his first choice, Steffen has really impressed him.

“He can fight for No.1,” said the City boss. “He can put pressure on Eddie, but Eddie is the No.1 in this position right now. If he performs well, he stays No.1. But we cannot forget he [Steffen] played at Stamford Bridge and Old Trafford and solved all the situations he faced brilliantly.”

Guardiola did not leave out City’s on-loan keeper Scott Carson who is currently third on the pecking order.

“Scott Carson is like our captain behind the scenes,” he added. “It’s not noticed in the papers or on the field but in the locker room, he is like another captain. Hopefully, he can stay longer with us.”

City will take on Brighton right after their FA Cup tie against Birmingham. Ederson is tipped to return then on Wednesday.