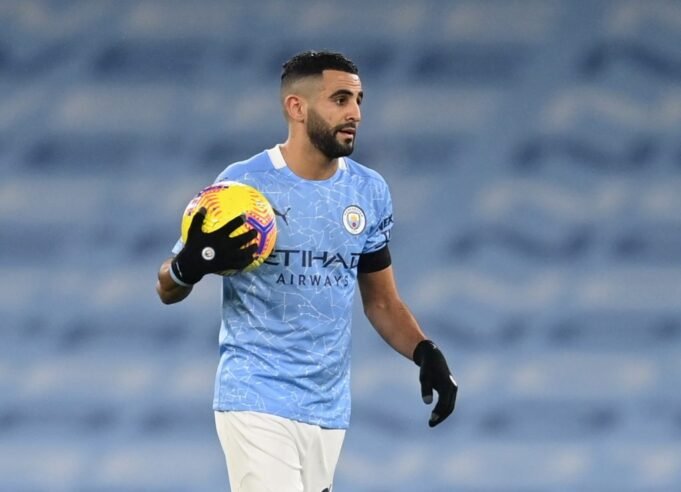 Premier League has been resumed after the World Cup break and Man City star Riyad Mahrez admits City needs to hit the ground running on their Premier League return against Leeds United.

Man City are aiming for the third successive Premier League title. They are placed second, seven points behind Arsenal. The Gunners recently beat West Ham on Boxing Day to strengthen their position in the Premier League table.

The Algeria international was on target in a hard-fought Carabao Cup win over Liverpool in Man City’s first competitive match since the International break.

Man City are hoping to turn things around in the second half of the season. They have lost just twice this season so far.

Mahrez insists a strong start on Premier League return at Elland Road could prove essential to those aspirations of silverware.

“We have to hit the ground running. We are not currently top of the Premier League and that is where we want to be,” he said.

“We will take it game by game but our aim to try to win another title.

“There are lots of strong teams in England who could still win the league so we are not just focused on Arsenal, although they have been very good so far.

“If we want to win the league, we will have to be ready as soon as the league starts again.”

But, three points against a Leeds side is far from a foregone conclusion. Victories against Liverpool and Bournemouth last month helped Jesse Marsch’s men away from the Premier League trap door.

Mahrez also added ahead of the Premier League game: “Leeds are a big club and it’s a hard place to go but we know what to expect from them.

“We will be prepared for it and hopefully we can come away with the three points.”