Note: Some players have been included because they were hated by other rival fans while some are hated even by Manchester City fans. 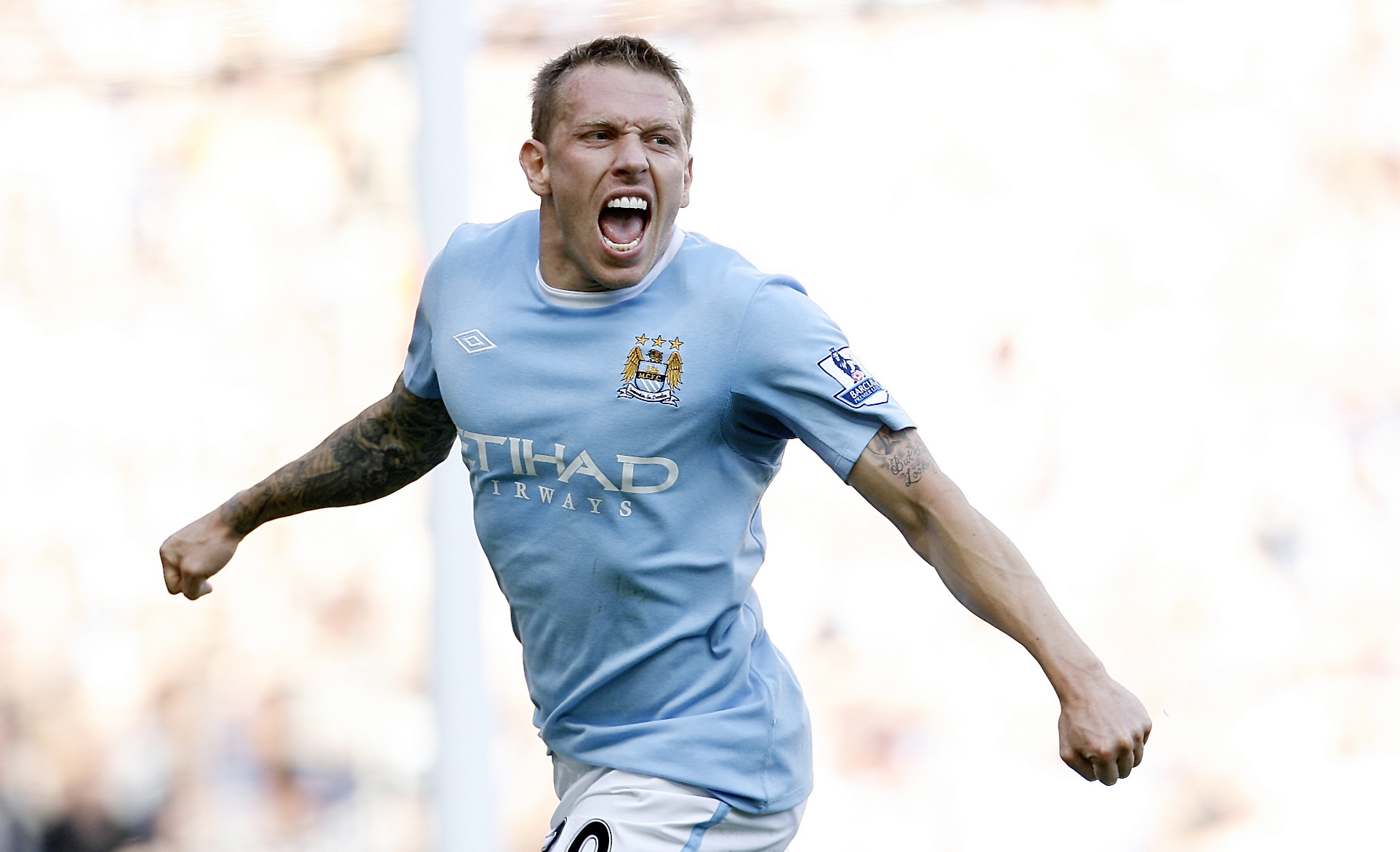 Most Manchester City fans loved Craig Bellamy. But a large majority of Premier League fans hated him. Bellamy was constantly getting in opponents’ faces, causing fights, shoving players over, etc. Basically, he would do anything to win. He was once rated as a top-quality striker

The relationship between Bellamy and then manager Mancini was a rough one after a clash over training schedules. Mancini had introduced double sessions, which Bellamy was unable to cope due to his long injury history. This situation escalated further when Bellamy missed two weeks after aggravating his knee during a clash with Manchester United supporters on a night out. 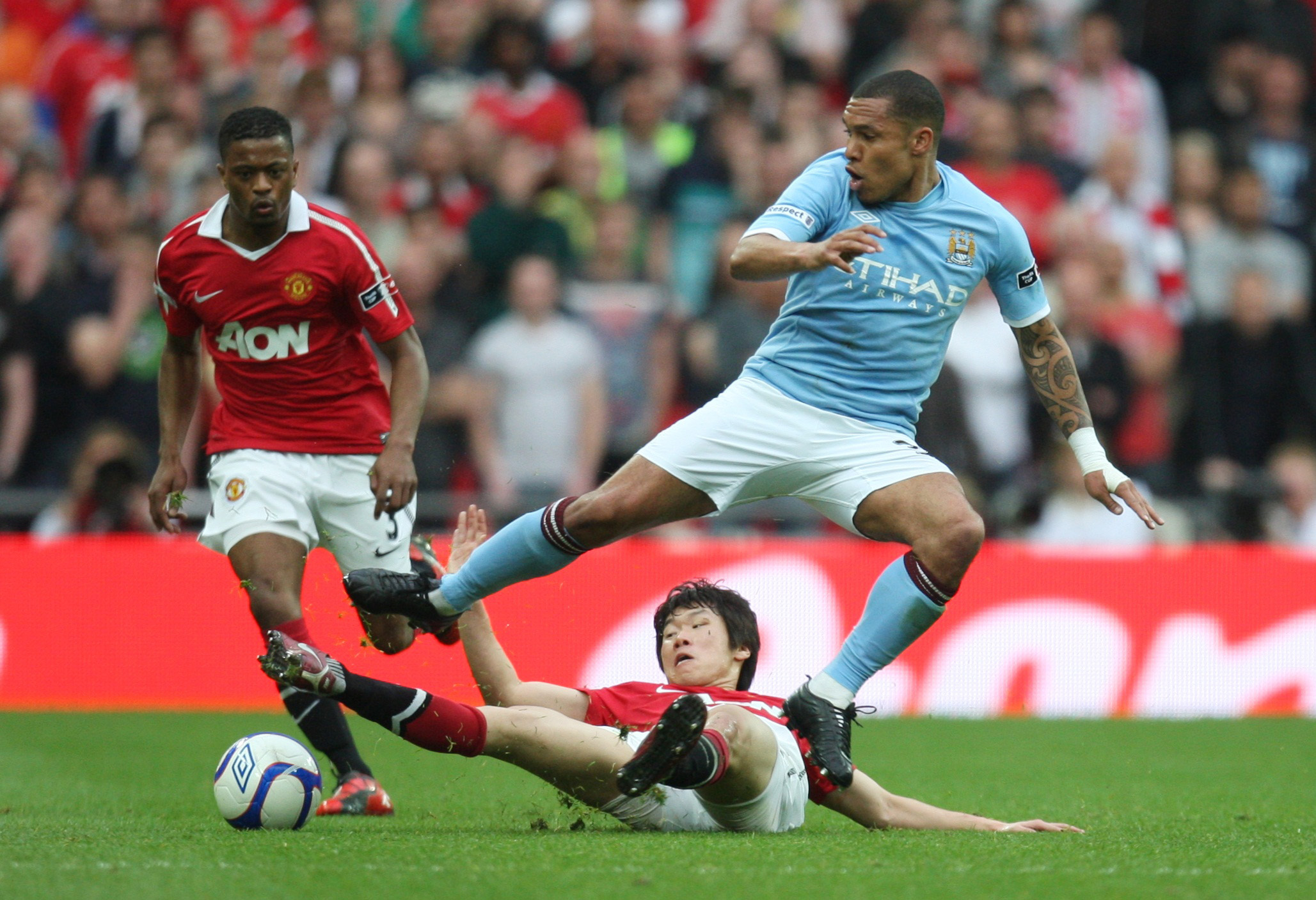 He was known as one of the most roughest and dirtiest players this sport has ever seen.  Most rival fans hated the man. His Kung-fu kick against Xabi Alonso in the 2010 World Cup was a chest high challenge for which he was never booked.

He earned nicknames such as The Lawnmower, The Terrier and The Destroyer. His style of play earned him a title as the most violent footballer in the world, according to French newspaper L’Équipe. 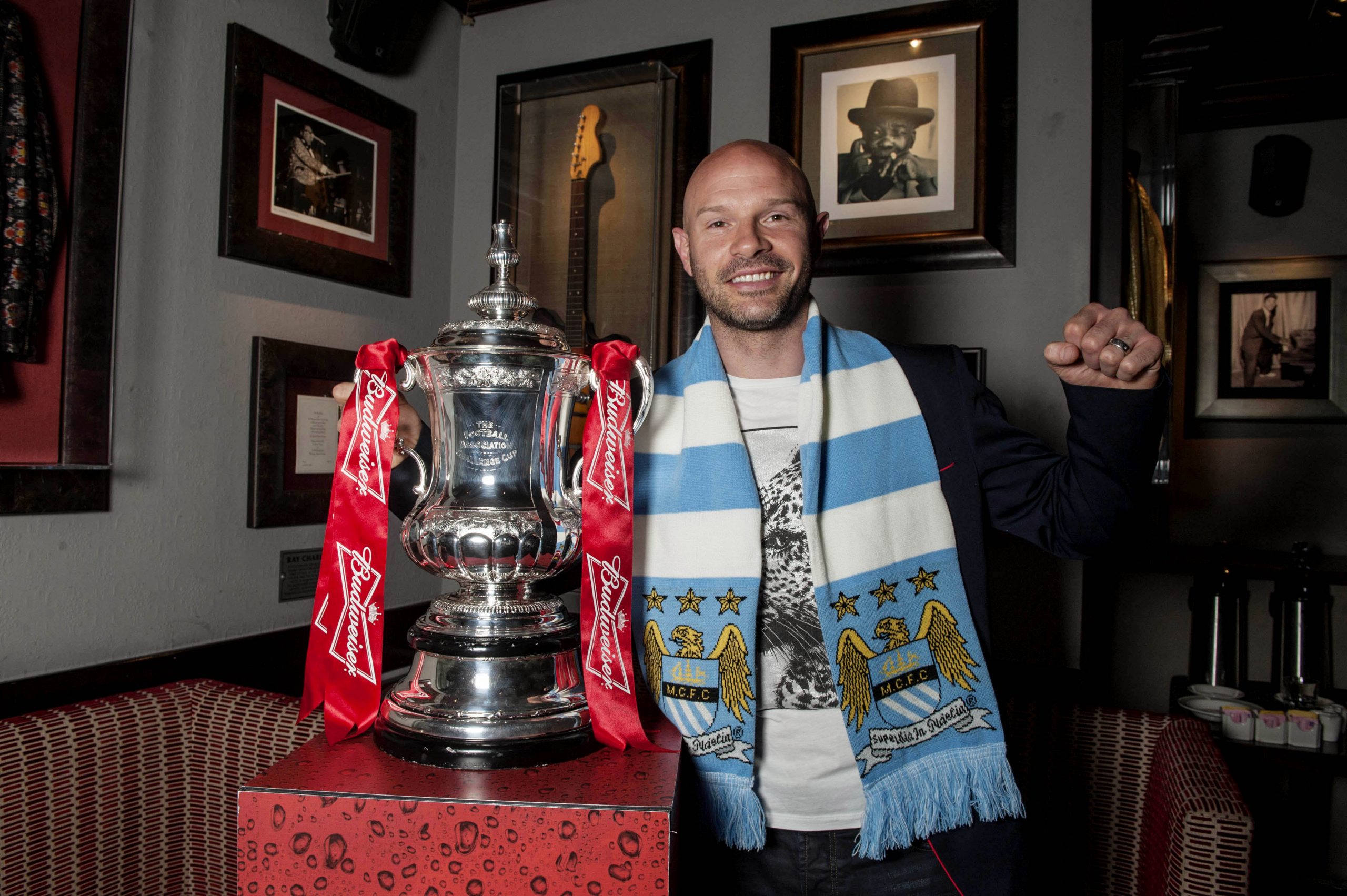 Danny Mills represented Manchester City from 2004 to 2009 playing only 51 times in the league. He was an under-whelming injury-plagued right-back and was replaced by Micah Richards as the first-choice back.

Fans didn’t care much about that. But his antics as a pundit has made things so much worse. He constantly ridiculed his former side before their emergence as one of Europe’s elites and it’s baffling to see how this former City player took a paycheque, did nothing on the pitch and keeps on bashing his former club. 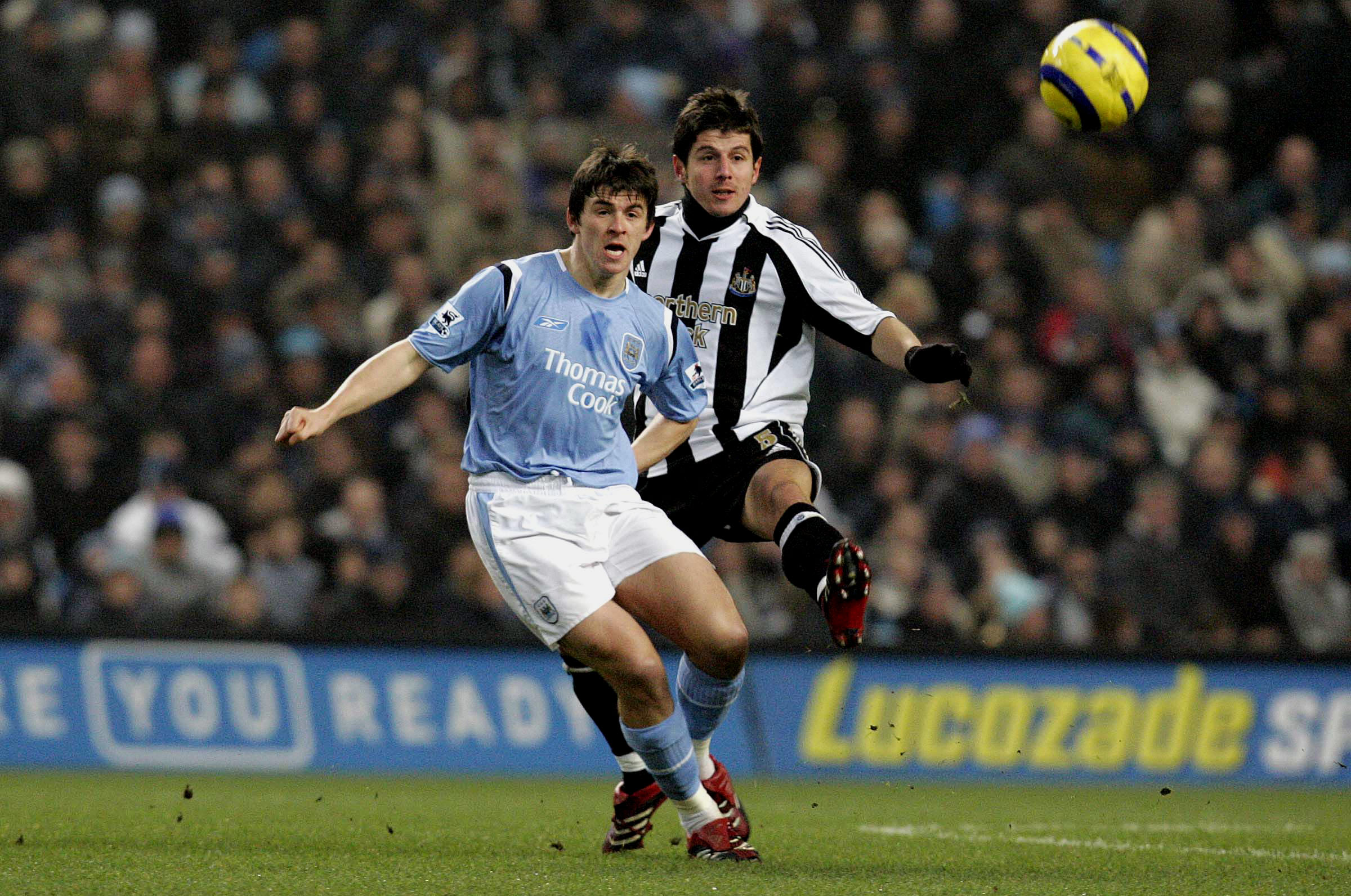 Probably almost every City fan hated Joey Barton after he elbowed Carlos Tevez, planted a knee into Sergio Aguero from behind and almost tried to headbutt former City captain Vincent Kompany and he was banned for 12 games for his actions.

He was also fined six-weeks wages for stubbing a cigarette in the eye of a young Man City teammate Jamie Tandy at a function.

He has served 77 days in prison and has been fined by his own on numerous occasions. He has acquired 39 yellow cards and 2 red cards in his five-year spell with Manchester City.

The Premier League definitely misses a player like him. 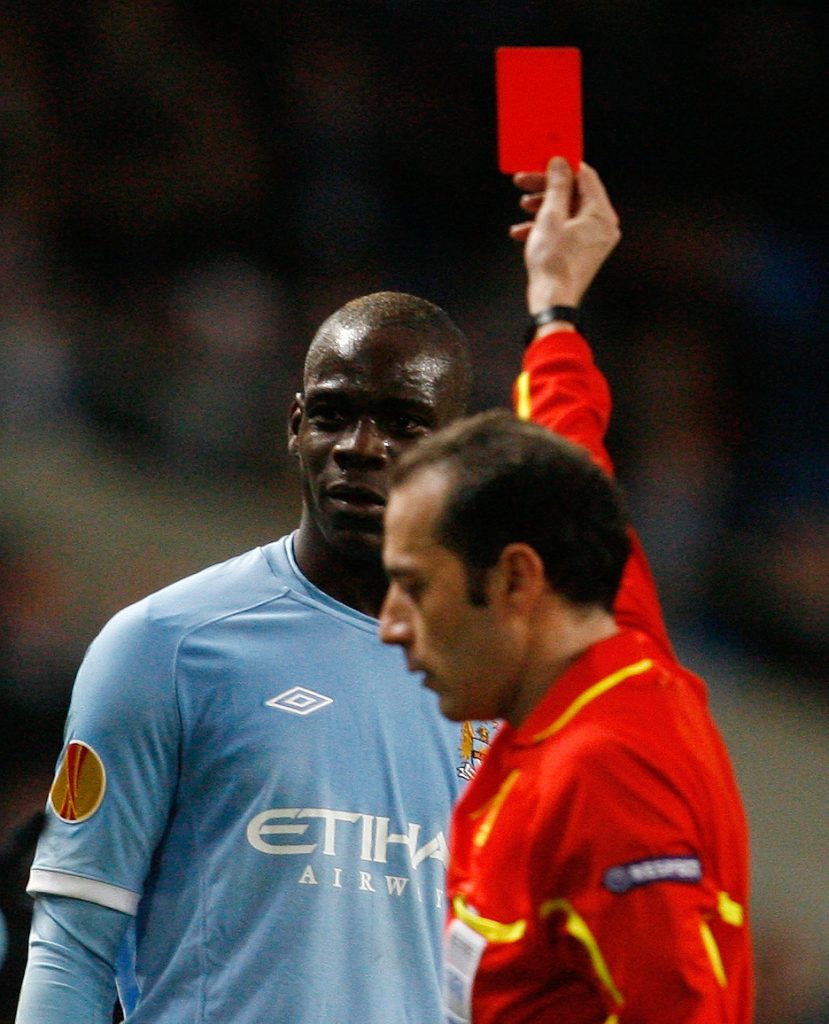 Mario Balotelli is considered as the most hated Manchester City player

While he’s loved and adored at the Etihad Stadium, and rightfully so, Mario Balotelli is also one of the most disliked players in world football. He has scored around 30 goals in 75 matches for the Cityzens.

He used to fight with his teammates during his time at the Etihad. He had arguments with Micah Richards, club captain Vincent Kompany and a few others.

Mario also had a grumpy relationship with then-manager Roberto Mancini. Mancini criticised the Italian striker as a player who lacks discipline after several red cards and club fines.

He even set his own house on fire!

Oh, Mario! The Premier League misses an entertainer and a showman like you.

The current team has a number of stars most of whom are loved. Raheem Sterling is not a popular player in England due to his diving theatrics.

Sergio Aguero is any team’s nightmare and they all love tackling him.