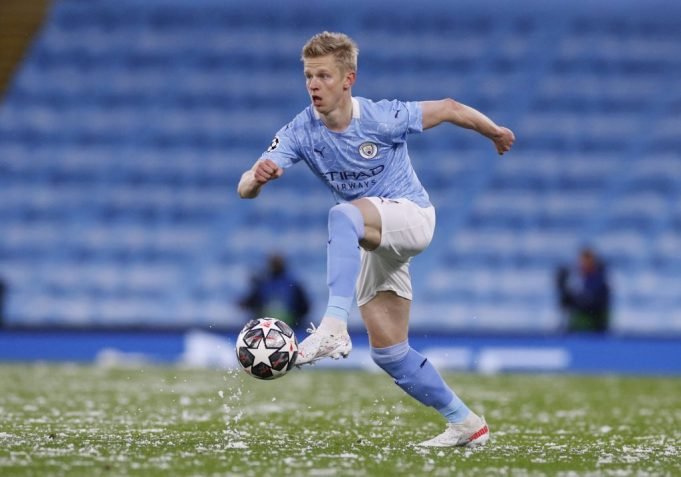 Pep Guardiola is unlikely to want departure of Zinchenko after Torres move.

According to the reports of The Sun, Oleksandr Zinchenko is once again caught up in transfer rumours.

Real Betis are interested in a transfer deal involving the midfielder turned left-back. Joao Cancelo has taken the starting left-back position so Zinchenko’s role has seen diminished this season. He has made only 12 appearances across all competitions.

Zinchenko was a promising player under Pep during Man City’s successful Premier League campaign last season. But it has been changed and Cancelo is retaking the starting left-back position.

The Ukrainian international has two and a half years left on his contract. He has to fight for his place in the squad, as well as an extension of his current deal.

According to the report, other European clubs are aware of his process at City. Meanwhile, After the departure of Torress to Barcelona, Pep Guardiola is unlikely to want yet another departure.

However, this is not the first time the Ukrainian international has rejected interest from Betis. Back in the summer of 2018, 25-year-old was reportedly being eyed for a loan by the Seville based club and also turned down a £16m move to Wolves.