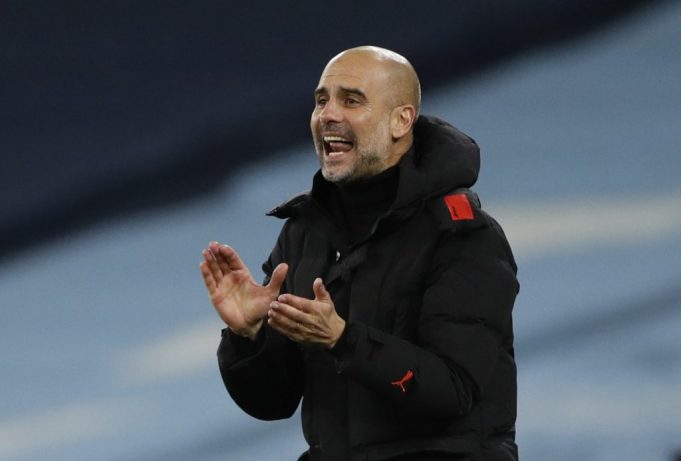 Guardiola was happy that the game could go ahead despite the snowfall.

The game was equal after the first two halves and then, Man City found a winner in extra time to reduce their gap with Chelsea in the table.

Manchester was having snowfall this weekend and Guardiola was happy that the game could go ahead, and that his side could pass around the football without any problems.

Guardiola told the club’s website, “No. The groundskeepers, the guys who take care of the pitch, were the men of the match today.”

“They did an incredible job for us to be able to play the game today.

“We came from a tough game in midweek against PSG and we know exactly which team we face today.

“The amount of chances we created in the first half, in the conditions that we played, [it’s] a huge victory for us, for the effort for the players, for the performance in general.

“We didn’t concede much, we controlled the counter attack. Maybe we could have found another rhythm but the weather didn’t allow us to do it.

“A good performance from all of us.”