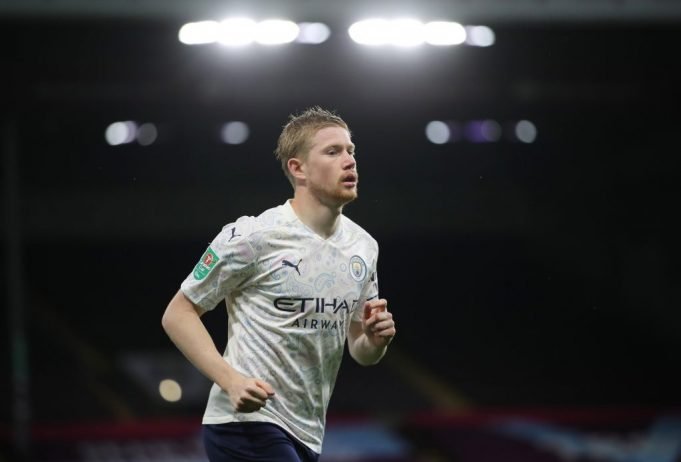 Kevin De Bruyne is cautious against underestimating Manchester United ahead of the derby.

Ole Gunnar Solskjaer’s men are a point above City in the Premier League after a run of four consecutive victories.

Manchester City have started off the season a bit leggy but are looking much more solid in recent outings. They are the favoured team but everything is thrown out of the park when it comes to a high-stakes game like this. United are looking to collect a third consecutive victory over their rivals for the first time since a run of four between 2008 and 2012.

“I don’t think the game is more important for them,” said City star De Bruyne. “But we need to be careful because everything that has happened this week, it is a good game for them to change the switch.

“They will want to show a different side to what happened in Leipzig [3-2 loss to RB Leipzig] and we need to be aware of that.”

Bruno Fernandes is United’s most potent threat, having laid out 11 assists and scored 15 goals since making his debut in February.

“They have some new players and maybe they will play a bit more offensively but we will see,” De Bruyne added, after City lost three games to United last season.

“After five minutes you are going to know what is happening in the game. They played defensively and on the counter last season and picked us off really well.

“I remember the home game when we lost 1-2 but we made a couple of mistakes and it was difficult to come back. They won three out of four last year so we need to try and make that right.”