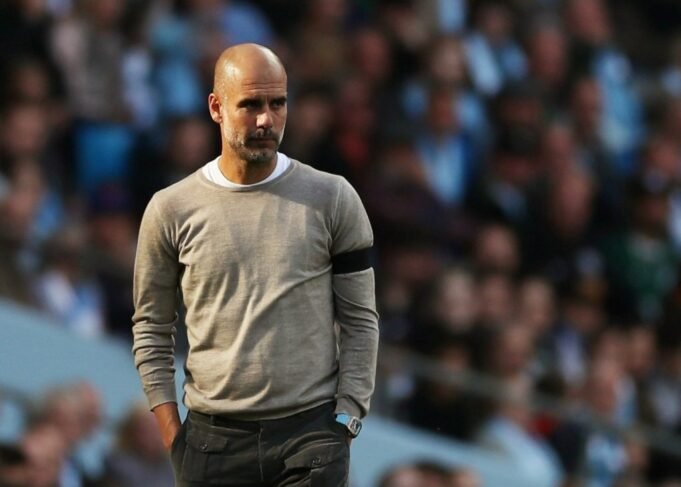 Manchester City head coach Pep Guardiola has hinted about his future at Etihad. He claims his passion for City is being constantly refueled by players and fans.

Pep’s contract will expire at the end of season 2022/23. His remarks will offer encouragement to the club that he could soon extend his glittering spell as manager at the reigning champions.

The 51-year-old manager admired his side’s last-gasp victory over Fulham on Saturday – secured with an Erling Haaland penalty deep into injury time – as ‘the’ moment of his time at the Etihad Stadium so far.

That is some statement given that the Catalan has overseen nine major trophy successes, including four Premier League titles, since he took charge in 2016.

“This is not (just) me to them, or them to me,” he said. “This is a feedback. I give them enthusiasm but they give it to me.

“The way they play, I see the faces of our people. They give me the energy for the future, for Chelsea and Brentford.

“I cannot disappoint them, I have to be there with them.”

Guardiola was especially proud of Saturday’s dramatic success given that his side played most of the game with 10 men after the sending off of Joao Cancelo.

He said: “What I’m proud of most is that, after seven years, still we can perform like we’ve performed this season. We can play good, bad, win or lose, but when you lose it’s always what do we have to do to do better.

“You see the team not give up, the way they played after the sending off, some decisions. It was a perfect amount of grumpy energy that you need for 10 v 11. Otherwise, you can give up. That’s why we compete until the end.”

“It was the same as us – everything came out,” said the Belgian. “It is sometimes these games at the end of the season that you look at and they are really important, so it was nice for us.”

De Bruyne admits he has little inkling of what Guardiola’s future intentions are.

He said: “I think he is more and more relaxed as he’s been so long with us. I think for him it is also easier because if you go to a new team you have to teach again.

“Now after seven years it is repeating itself, so I feel there is less of an edge sometimes and maybe it is more calm for him.

“But to be honest I don’t know. I don’t think you’ll get too much out of him. Everything is fine. He’s got his contract until the end of the year and after that we’ll see.”