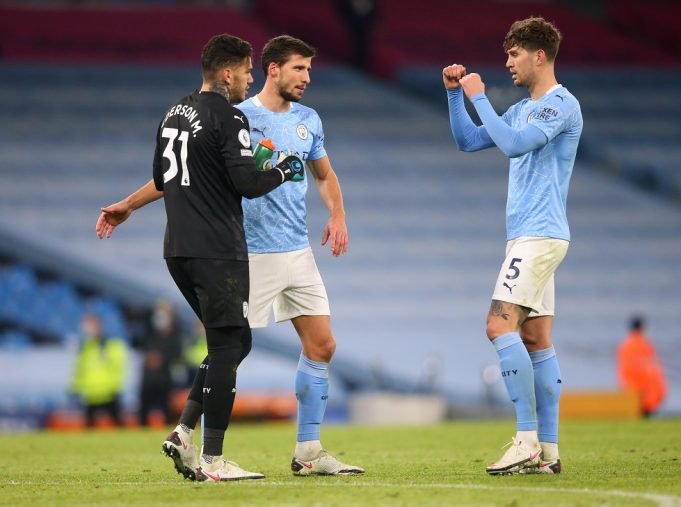 Manchester City’s Ruben Dias has seamlessly adjusted to life in the Premier League.

He has immediately become a regular under Pep Guardiola partnering up with both John Stones and Aymeric Laporte in defence.

His arrival has clearly stiffened up the City defence right along with Nathan Ake’s. Dias, of course, was expected to be the ultimate replacement for Vincent Kompany, whose absence left the City defence bare last season.

Stones has hailed his new teammate, having played more frequently next to him recently. He said, “Yeah, I absolutely love playing with him. We’ve still got room to improve. Everyone has got different qualities which is great. The consistency is key and us keeping clean sheets has been massive.

“I’ve said it numerous times now but to keep those clean sheets and have that platform for the lads to go and win the game is massive and it’s our job at the end of the day. I was thinking the other day that its not all on us – its not all in the defenders to get the clean sheets or that when someone scores its solely on the guys who scores.”