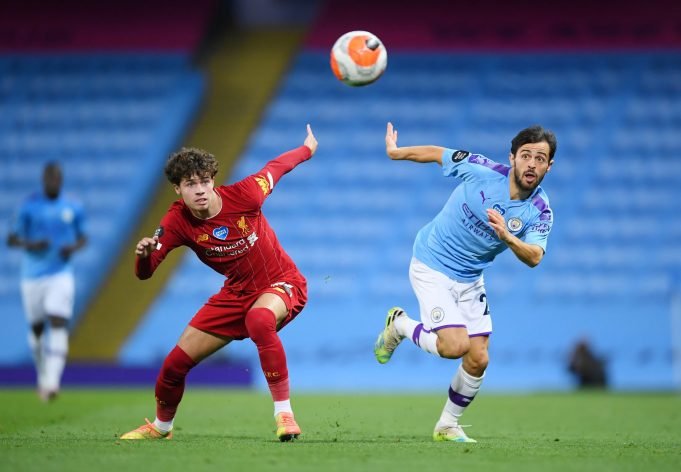 According to Gary Neville, both Manchester City and Liverpool are currently weaker than previous seasons.

Both teams settled on a 1-1 draw in last weekend’s Premier League tie at the Etihad Stadium between them.

Gabriel Jesus equalized after Mohamed Salah’s penalty kick in the first half only to see Kevin De Bruyne miss a spot-kick a few minutes later.

“You wonder if it’s just as simple as not having Aguero? It can’t be that simple,” Neville said on his Sky Sports podcast.

“Something’s not the same. Both sides are a little bit weaker than they were two years ago, which makes the league more interesting. We’re seeing Leicester and Saints and Spurs top of the league, which we like.

“There certainly is a slight cause for concern for City. They’re less precise in their attacks, and it feels they rely more heavily on one player in Kevin De Bruyne than they did a few years ago, and if he’s not on song, they don’t really create nearly as much

“They’re not as good defensively, or as precise in attack, but they’re still a brilliant team. Now we’re just seeing a little bit of a drop off from that. Look at the league now, it’s bizarre.”

READ MORE: Top 10 Manchester City players with most assists ever