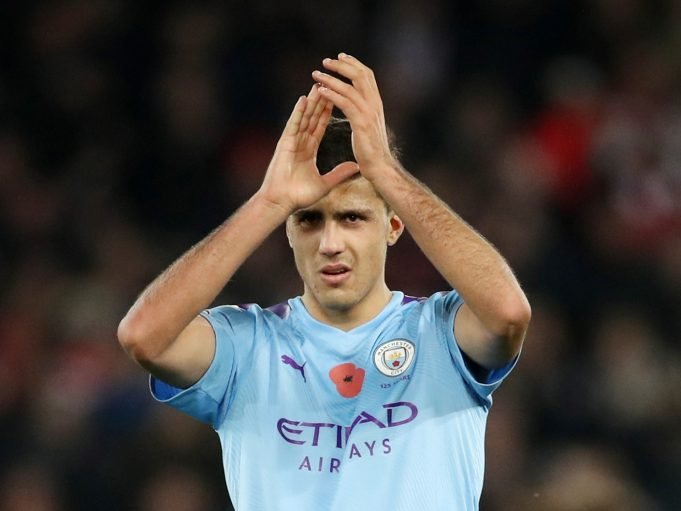 Rodri was left understandably frustrated with a 0-0 draw against Manchester United.

It was the sixth clean sheet for Pep Guardiola’s men but that was hardly a cause for celebration.

United had carried over the bragging rights with three wins out of four from last season. When they are still not in proper shape this term, it was City’s opportunity to get all three points at Old Trafford.

Instead, a very calculated approach from Guardiola ensured both teams ended the night with a point each. Rodri himself worked hard in midfield but did not impress going forward.

He said after the game, “The performance was alright. I think we had good times in the match, other times they push us a little bit. I don’t remember any big chances for them. We had two or three big chances and we have to score these. That’s our weak point in recent matches and that’s where we have to work.

“It’s not easy to play every two, three days. We play Champions League like them. We tried but you are not 100% fit every game.”

City let up a strong chance to upstage their rivals in the league table. United sit a place above at eighth with a one-point advantage. Eleven games into the season and this is not a good look for the Cityzens.